In July this year, the sixth edition of the international music camp Sistema Europe Youth Orchestra (SEYO) took place in Madrid, Spain. The event brought together representatives from 21 active Sistema Europe music programs from 17 countries who formed an orchestra of 140 young musicians aged 10 to 18. The Czech Republic, through the Harmonie Foundation, was represented by three young musicians – Esther, Malvína and Melánie, who travelled to Madrid accompanied by their teacher Kristýna thanks to the support of the Ministry of Culture of the Czech Republic and voluntary donors.

The young musicians spent nine days of intensive rehearsals and leisure activities supported by the host in charge of this sixth edition in Madrid, Acción por la Música.

“It was challenging, four times a day we had a rehearsal of either the whole orchestra, the string orchestra or the cello section, and in the evening there was always an entertainment program, for example water balloon throwing (it was very hot). All the teachers, conductors and organizers were very nice. The most memorable moment for me was the final concert, which had a unique atmosphere, all the performers were cheerful, joyful and happy, we even played an unplanned encore without a conductor.” Melánie, cellist

“The final concert was in a beautiful concert hall, it made a great impression on me because I didn’t expect anything like that. The people there were friendly and nice, even though we didn’t know each other, they were very communicative. Even though I was one of the youngest and less advanced players, I was very motivated by the experienced players. If I could, I would go there regularly every year;).” Malvína, violinist

Below are links to articles about SEYO 2022 in the international press:

If you missed the concert, you can watch it here.

“Overall, I was impressed by the attitude of the conductors and staff towards us. Everyone had a different approach, but they were all kind, friendly and always entertained us during our rehearsals. Then the most impressive moment for me was when they prepared a surprise and invited a local orchestra to play a few pieces for us. It was wonderful and also an encouragement to all of us that we can reach that level and anything if we are willing, inspired and if we work at it.” Esther, violist 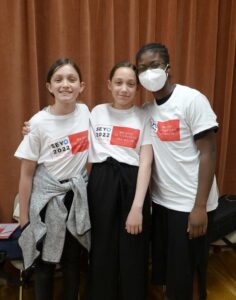 More information about what the students experienced can also be found on the Harmonie Foundation’s social media accounts Facebook or Instagram. 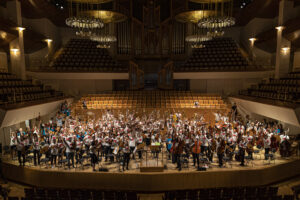