We were part of an unforgettable performance featuring children and young musicians from 20 European countries. The atmosphere in the Odeon Amphitheater in Athens was truly inimitable…

Before the sun set behind the Acropolis in the Greek capital Athens on Tuesday evening, it shone on almost 350 children who came together for the final concert of the Athens & Epidaurus Festival.

Among them were also eight young Czechs who made their debuts as members of the Sistema Europe Youth Orchestra – a multi-cultural ensemble associated with music education.

“It was an honor for us to be invited here for the first time“, says Mrs. Milada Cholujová, founder and Director of the Czech Republic´s Harmonie Foundation, inspired by the music education program El Sistema. “Our children are still taking their first steps. But it´s fantastic that they could take their first steps here in Athens, the cradle of European civilization, and perform in its famous Odeon Amphitheater,” adds Mrs. Cholujová.

Tuesday´s concert culminated the summer residency of the European El Sistema, an organization associating hundreds of budding musicians and music teachers from 28 countries.

This year´s event was exceptional on two counts: firstly, this was a debut for the Middle East children and youth whose parents are staying in the nearby refugee camps – primarily in the coastal camp near the village of Skaramagas on the outskirts of Athens. And secondly, the program was held under the auspices of the famous American opera singer Joyce DiDonato who gave lectures and performed at the festival.

”This chance to share music with the children from refugee camps and to learn from them ranked among the most valuable experiences in my life“, says Joyce DiDonato. ”I have not expected such a liking the children have taken for the project. They longed for physical contact, but they were not begging for attention. Rather, they wanted to give out that tenderness themselves“, she added.

Full article (in Czech) at: https://archiv.ihned.cz/c1-65835530-el-sistema-europe-nadacni-fond-harmonie-recko-uprchlictvi-joyce-didonato 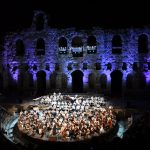 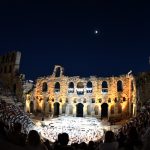 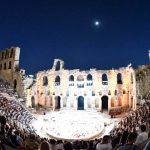 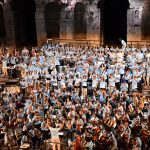 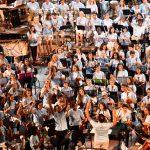 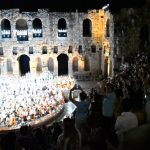 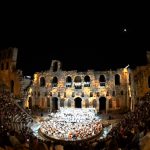 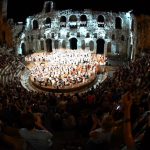 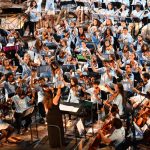 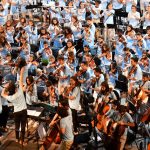